The store may be closed, but we are still hard at work!  Recently we picked up some salvaged scenery from two major local theatre companies.  The reusable scenery that would have been tossed into a dumpster, was kindly donated to us by The Walnut Street Theatre and The Arden Theatre Company.  WST’s production of Elf finished in early January and left the stage full of festive Christmas items.  A lot of the larger set pieces were donated to a local school that intends on doing Elf Jr. (hooray for reuse!) So we picked up the reusable items that they didn’t need, like these really neat gator board ribbon pieces (ideal for big signs!) 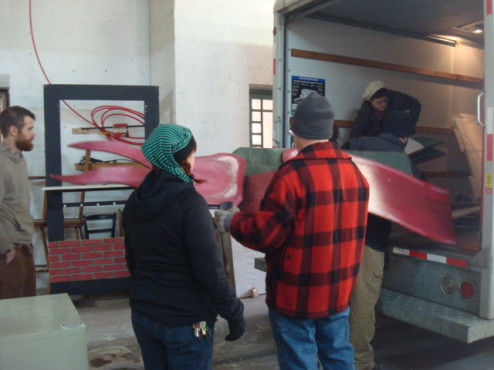 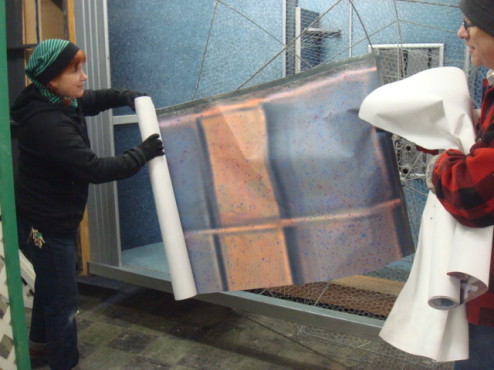 …and these giant white puzzle pieces, which are actually parts of a small useable ice skating rink!  They were laid out on the WST stage for the ice skating interlude in Elf, and now they’re at the re! 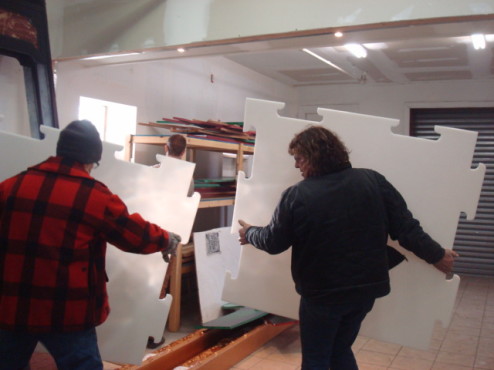 The Arden’s recent production of Parade had a minimalistic set but did include a beautiful giant golden frame on stage.  You can see it here in The Arden’s promotional video for Parade. 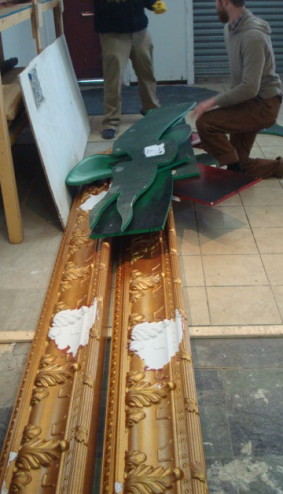 When the production was over they didn’t have much to discard, except the frame, which they generously donated to us.  We picked up all of these items from both theatres on the same day and brought them directly to our new space with help from volunteers.

You will be able to see all of these scenery items displayed in the new store once we reopen in March!