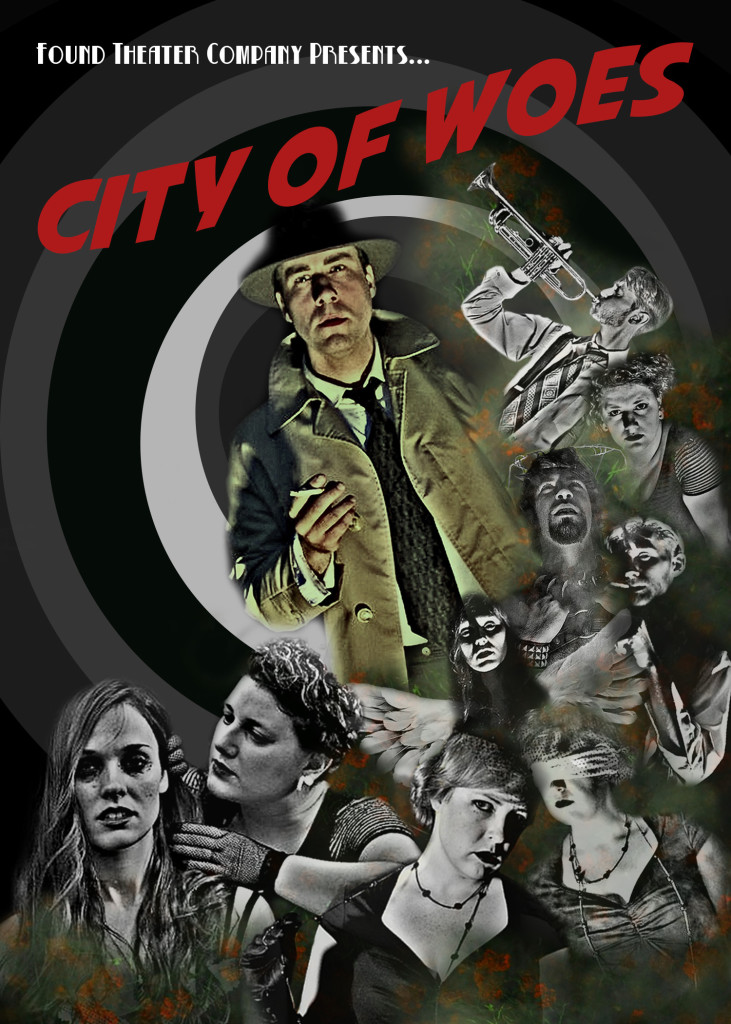 “Inspired by the Gothic religious vision, torments, and personages of Dante’s Inferno, but seen through the lens of the hardboiled noir style of 1940s crime fiction, Found’s poetic storytelling and impactful imagery evince an effective synthesis of the two,” says Deb Miller of Phindie, “…a haunting foray into death, accountability, despair, and hope…[a] profound performance.” 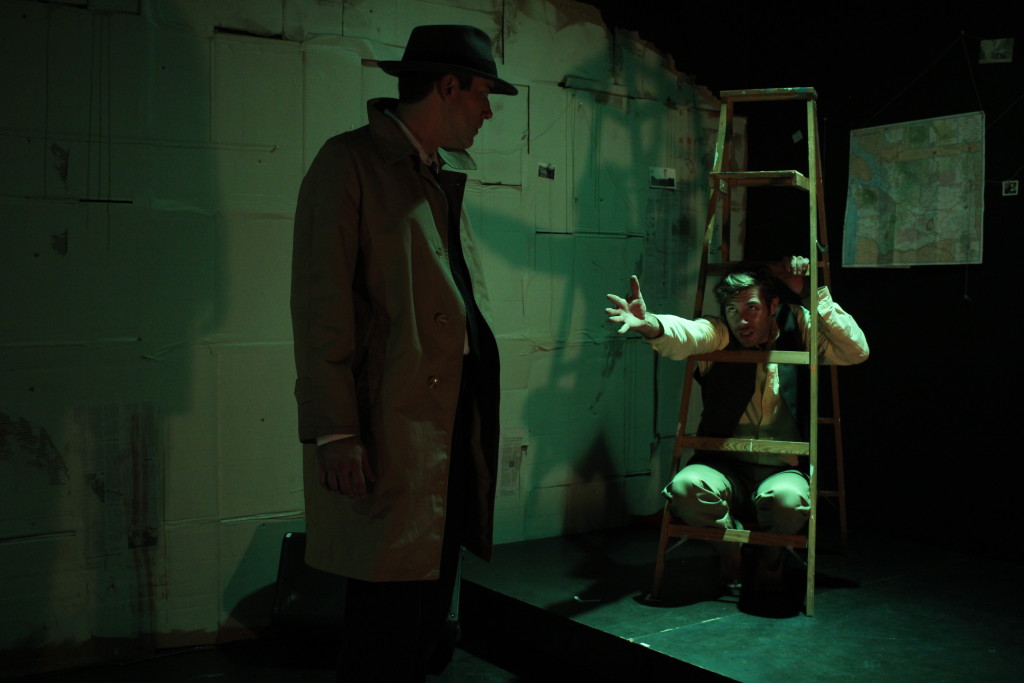 Found always tries to use reused or recycled materials in their performance in some way. In fact, the troupe has been coming to The Resource Exchange to find those materials for 3 years. This year designer Emily R. Johnson speckled the set with finds from the re and other reclaimed materials. Here’s the Found team building the space at Aux. 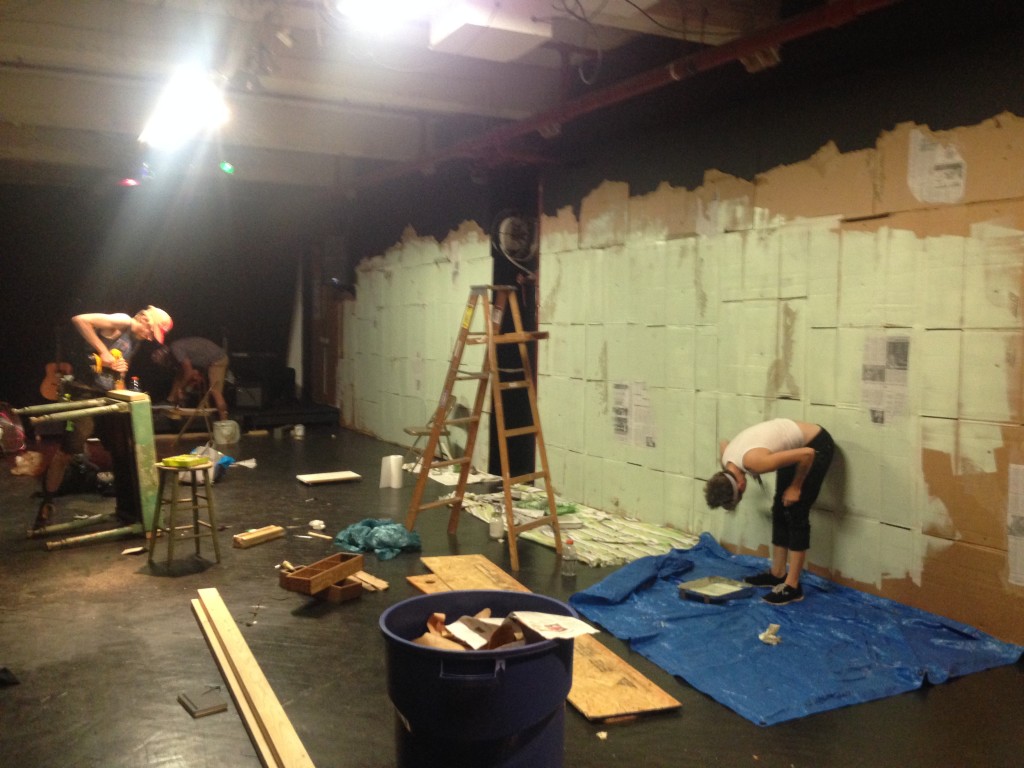 The smart and moody set is a bar, a writer’s room, a musical lounge, and a detective’s office all at once. It’s a space held together with tape and cardboard, and fitting for Hell, it’s the kind of room that looks like it could crumble apart at any second. The walls are made from cardboard that Emily salvaged from Vox Populi artists who work in studios right across the hall from the Aux performance space, where City of Woes takes place, and where Found rehearsed all summer. 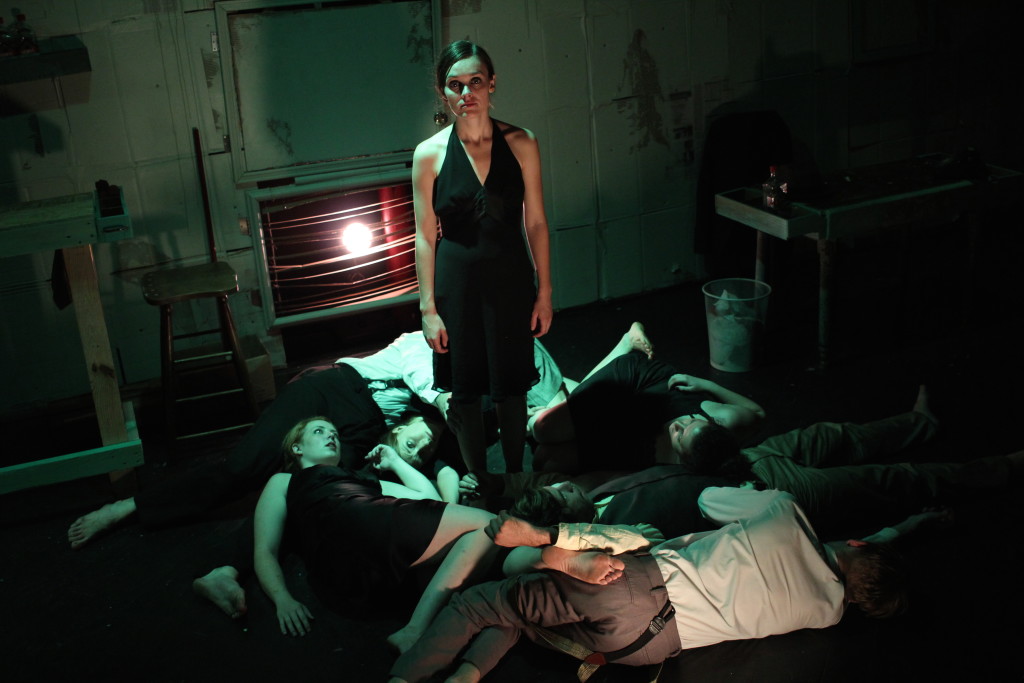 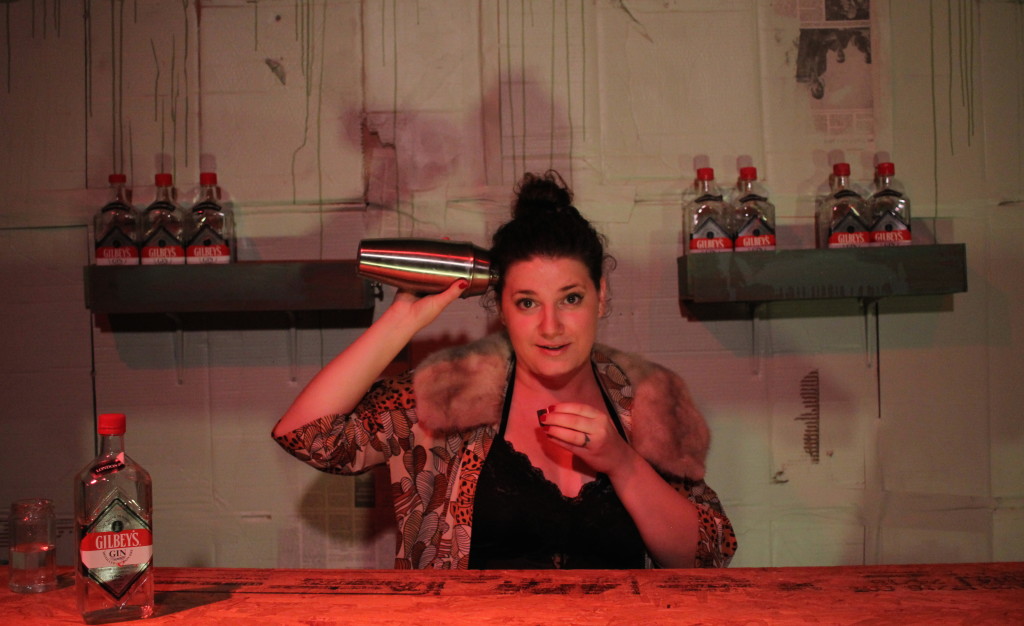 Picture frames from The Resource Exchange serve as doors and mirrors. Fabric in the show (used as fire, ice, and blood) was found at the re too. And lumber that the re team recently saved from the set of a film was used to build the bar. Even the martini shaker used on set, both as a martini shaker and a phone, is from the re. Unseen materials from our store are also used in the production, like blackout fabrics, extension cords, binders, and paper that all came through The Resource Exchange by way of Philly’s arts community. 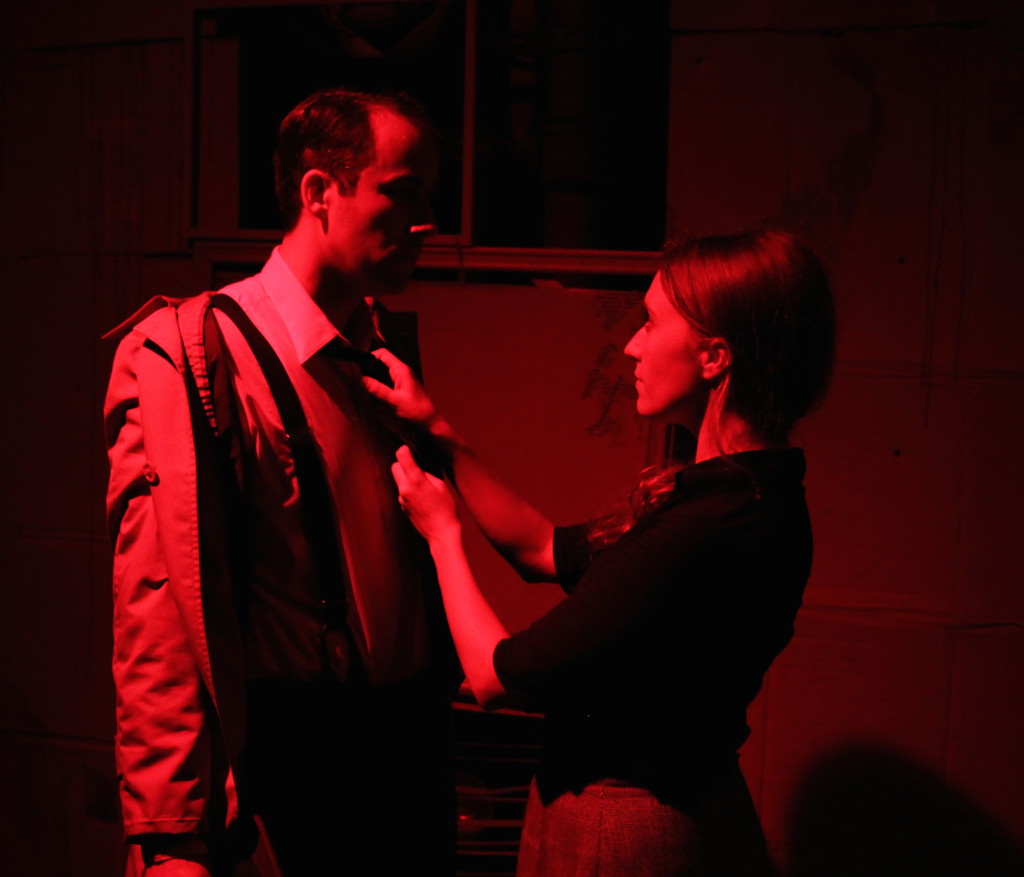 Earth Day Updates from the re!