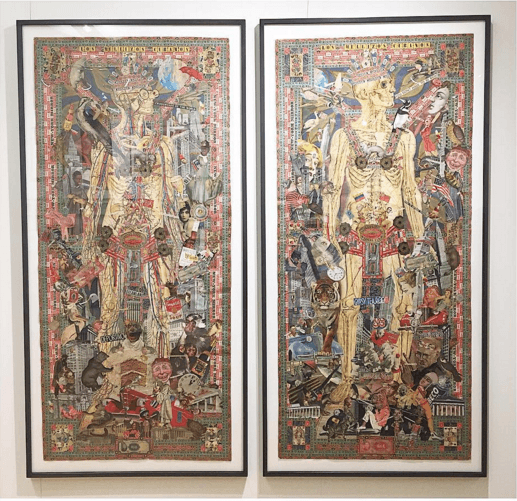 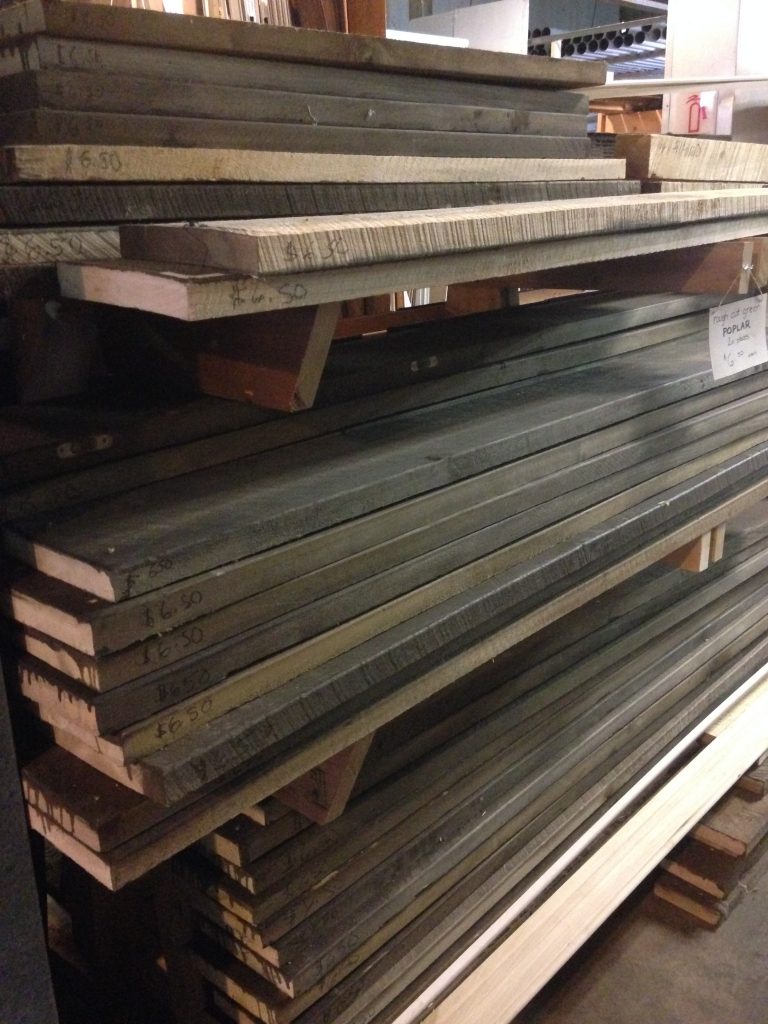 You may have seen the pictures or video of The Resource Exchange teaming up with The Arden Theatre Co. to save many pieces of poplar used to build the set of “Equivocation.” Since we were able to save that lumber from going to landfill, many artists, DIYers, and builders have bought the planks for a variety of creative projects. Recently, Doug Matlaga shared his creative reuse with us – and we’re thrilled with the outcome!

Doug works with Green Hill Art, an arts services company that does fabrication, art installation, shipping, framing, design, and crafting for museums, galleries and artists. After purchasing the reclaimed poplar from the re, Doug re-milled the wood and turned it into strainer stock, which is an inside framing piece to a picture frame that holds the frame’s content into place. Strainer stock is helpful to those who need to open and close frames more than once to use them multiple times for different pieces. Doug says, “The wood from the Arden Theater has so far been used in frames that have gone to the Woodmere Art Museum in Chestnut Hill, The Delaware Center for Contemporary Art in Wilmington, a printmaking student at PAFA, the Snyderman-Works Gallery in Old City and Fleisher/Ollman Gallery in Center City.”

Doug continued to share that the story behind the strainer stock made for the pieces at The Fleisher/Ollman Gallery is especially interesting. “Imagine that a cigar band from the 1930’s in West Philadelphia was re-used and turned into a collage. That collage is finally shown to the public in 2015 and appears in the New York Times. At the same time, it’s in a frame that’s made from wood that came from a set from The Arden Theater, wood that was reused by a small art services company in Kensington for an art gallery in Center City.”

And that’s exactly what happened. The lumber that The Resource Exchange saved from The Arden’s set is a part of the frames that that the Fleisher/Ollman Gallery had made for these beautiful and intricate pieces made by Felipe Jesus Consalvos. “Consalvos was a self taught artist originally from Cuba who lived in Philadelphia in the first half of the twentieth century. Ironically, his work mostly consists of collages that he made from found paper, magazines, newspapers, cigar bands, stamps and medical posters. These pieces made with anatomical posters were shown to the public for the first time at the Outsider Art Fair in New York City in January.” The works made with salvaged materials, and framed with salvaged materials were even cited in a The New York Times review of the Outsider Art Fair. Here is an excerpt from the Times website: 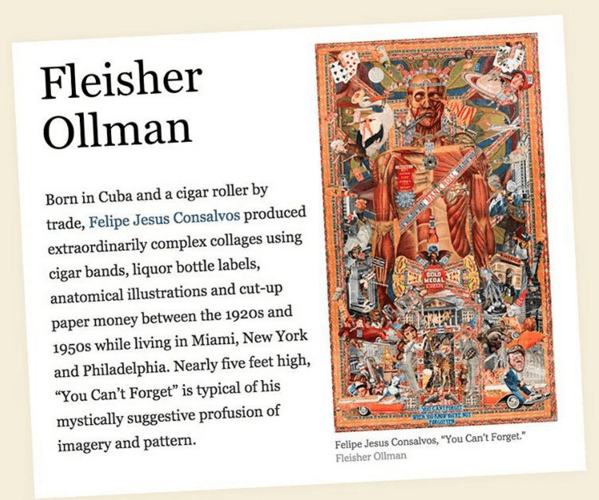 Check out the full article here. This kind of cycle of reuse in the arts is exactly what we like to be a part of here at The Resource Exchange. Keep ’em coming Doug + the gang at Green Hill Arts!

Got a good creative reuse story? E-mail us! info@theresourceexchange.org