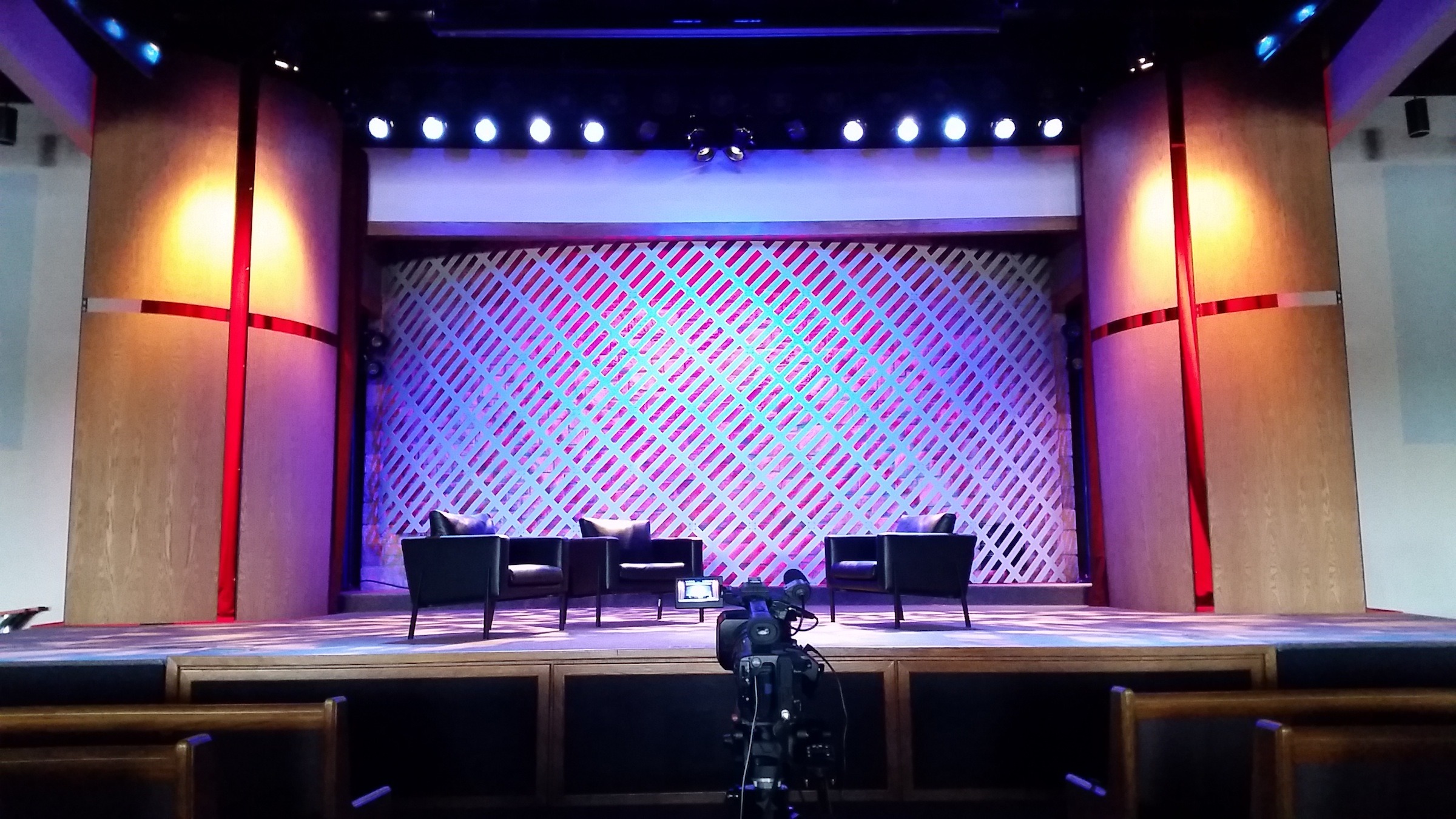 Local church, Calvary Chapel of Philadelphia, recently hosted “The Faith Playbook” an event encouraging a dialogue between Philadelphia professional football players and the thousands of viewers throughout the country. The event was one of the largest ever hosted by Calvary Chapel. Knowing that the event would required additional lighting they looked towards The Resource Exchange for a sustainable option! 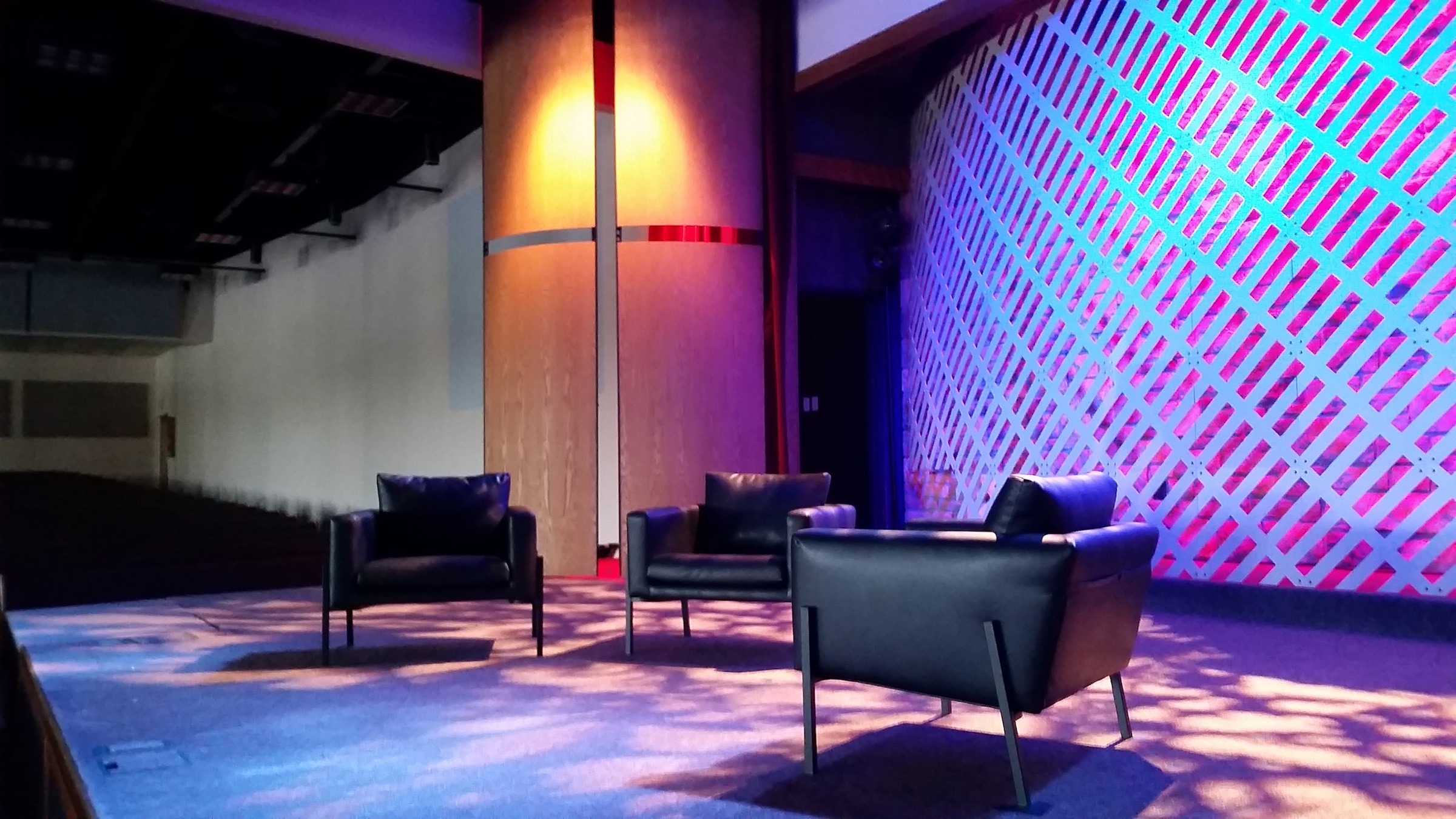 “We hosted an event called The Faith Playbook, featuring seven professional Philadelphia football players.  Nick Foles and Carson Wentz were among those who shared about their faith. We purchased 12 Altman Ellipsoidal lights from The Resource Exchange, which cost only slightly more than renting them for two weeks.”

“The lights were well taken care of and worked flawlessly. After an inspection they were used for the main wash of a very important event with 2,000 in attendance and tens of thousands streaming live on the internet.” 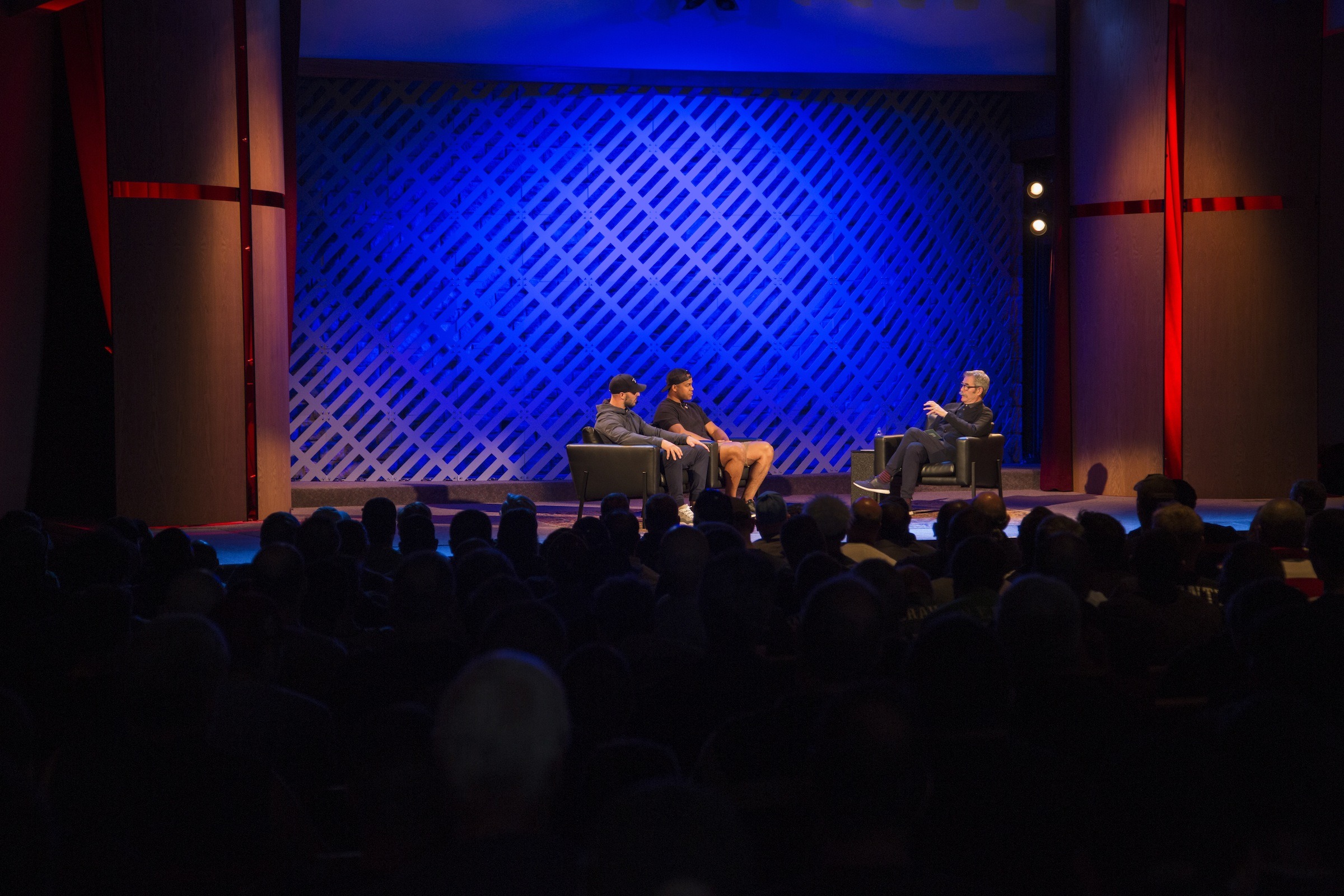 “They will be reused in many other events from Church retreats to drama and school events. A big thank you to The Resource Exchange!” 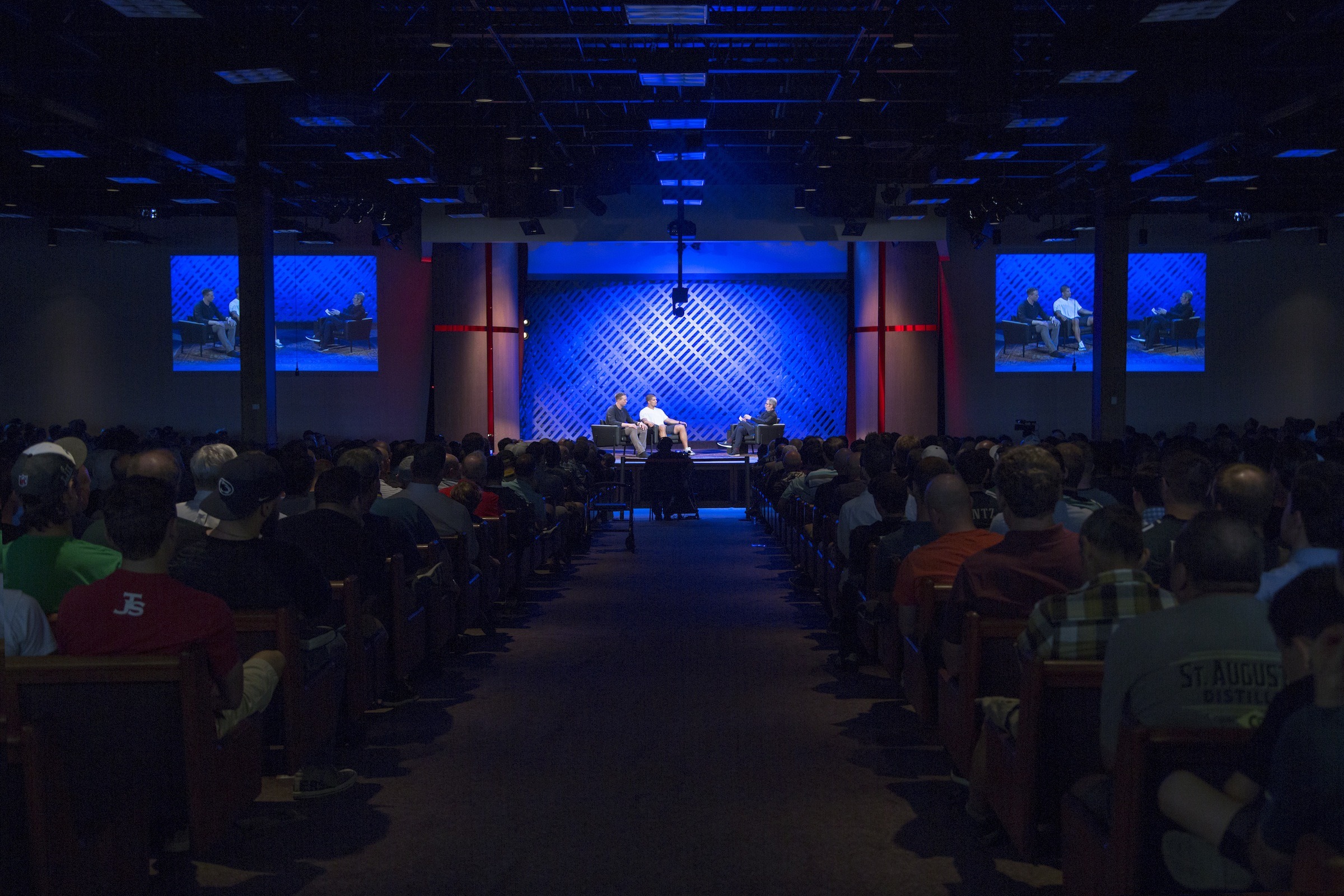 The reclaimed theatrical spotlights came from the Arden Theatre Company in Philadelphia after they had updated their lighting equipment. We’re so glad their donation will continue to light up stages across Philadelphia. Thank you to Calvary Chapel of Philadelphia and their Head AV Tech, Matt Friedman, for sharing their story of creative reuse with us!

Scott McPheeters makes art from the arts with theatre flats!