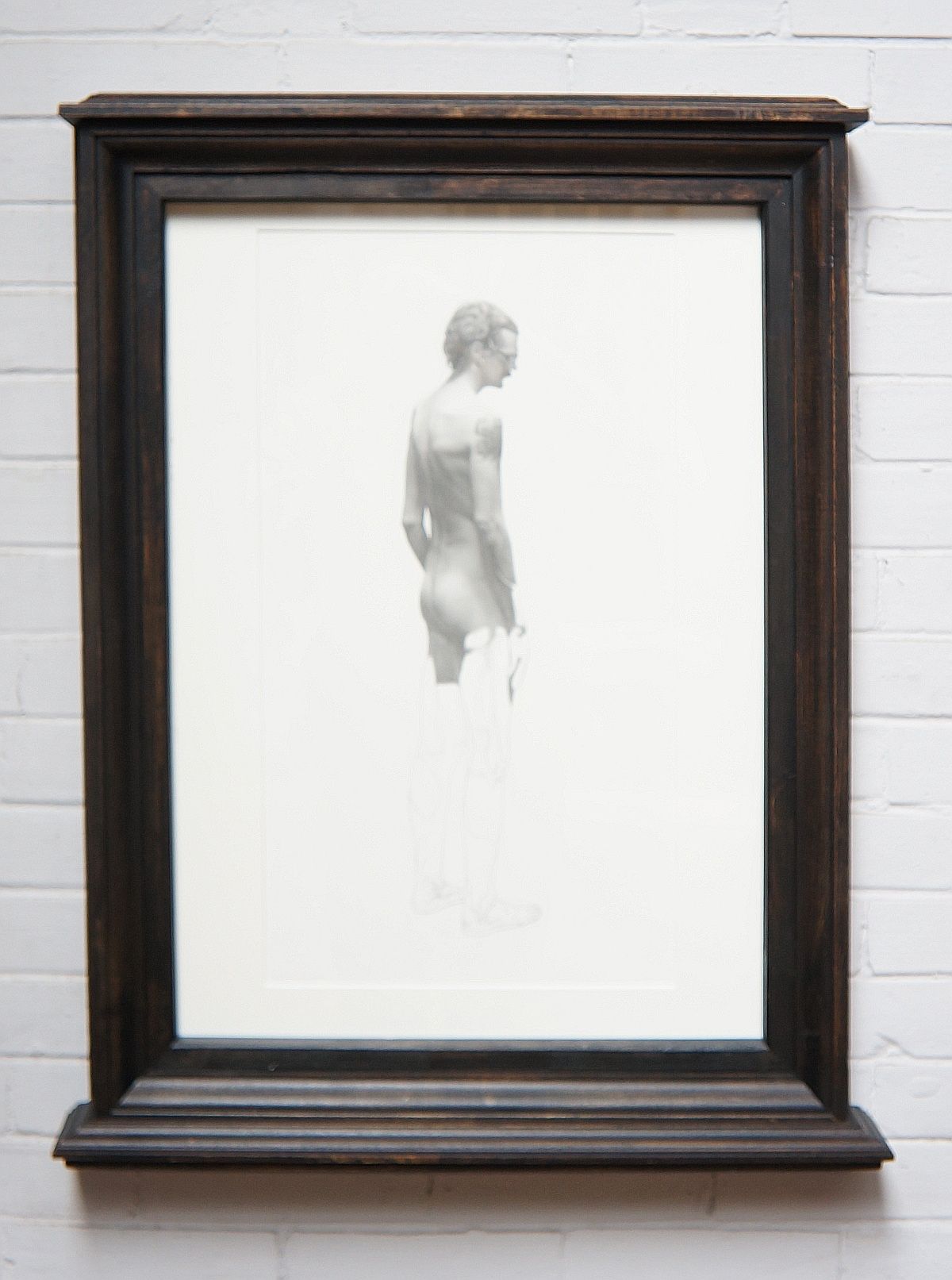 Jeremy Deck, Andrew McManus, and Tony Ranalli of Cambridge Street Studios were featured in The Resource Exchange gallery during April of 2013. The accurate and stunning drawings shown were framed with salvaged lumber and moulding from the re. “Cambridge Street Studios is Philadelphia’s premier academic atelier. We study academic drawing, painting and sculpture. Our goal is to represent nature in an accurate, unembellished manner, without any type of idealization, mannerization, and generalization. We are concerned most closely with academic art, and are interested in the study of classical art as a traditional part of an academic training. We are in firm belief that through countless hours of practice in drawing, and the study of the science of light on form, one may become capable of representing nature with a great deal of exactitude.” That April Deck, McManus, and Ranalli taught a reclaimed Handmade Frame workshop at The Resource Exchange.