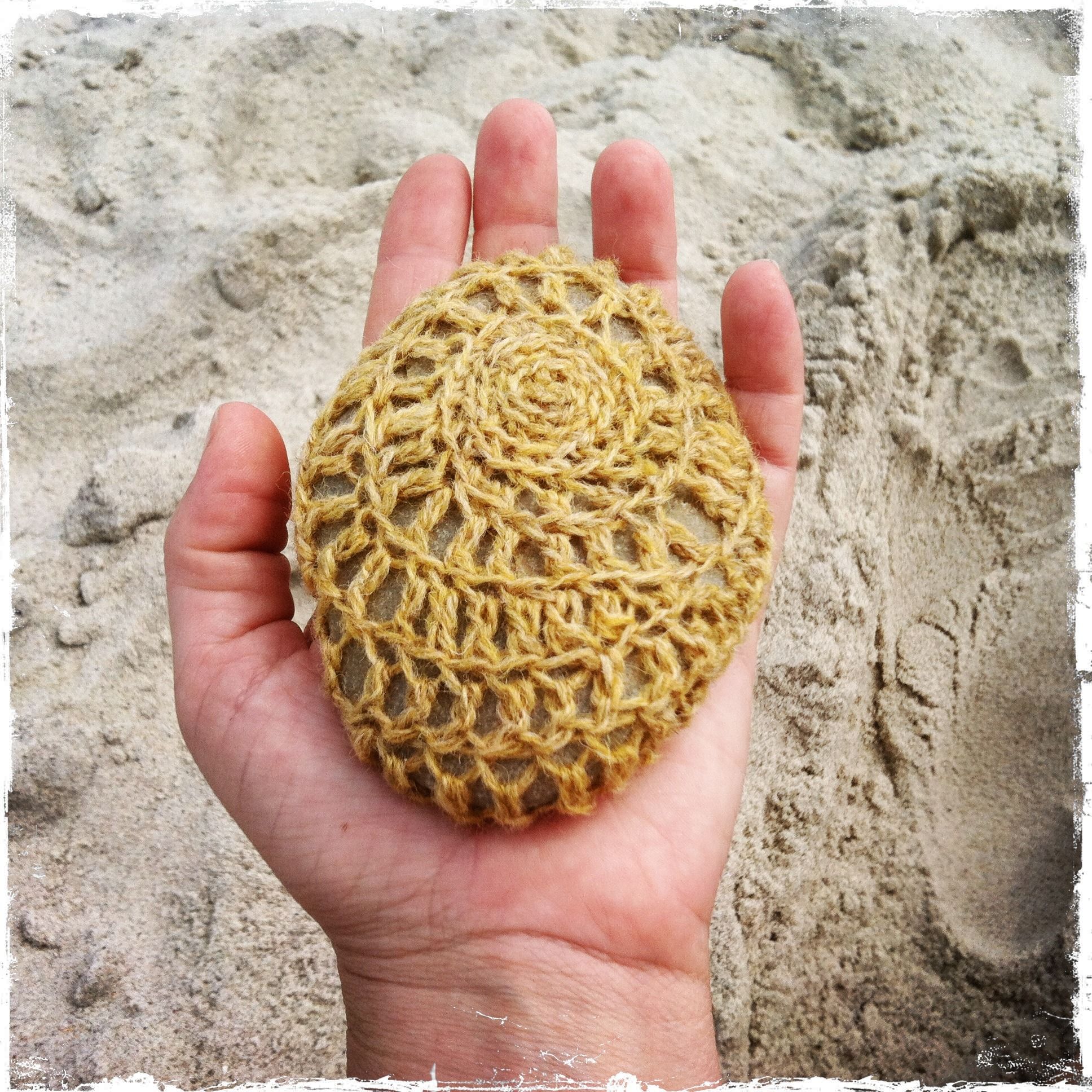 Melissa Maddonni Haims is a fiber artist based in Philadelphia. She uses alternative — mostly recycled, reclaimed + rescued — materials, specifically vintage fabrics and yarn, to create large scale crochet + knit installations. While the majority of her work shows in galleries, she has a passion for public art and graffiti and has been yarn bombing since early 2010.  Melissa’s May ’13 performance installation, “Offering” at 3rd Street Gallery consisted of hundreds of stones covered with crochet, reminiscent of the offerings of rocks and stones left at the feet of deities and on headstones at Jewish cemeteries. While Haims has responded to a death before with her work, this time she took a new approach by including herself as part of the exhibit. Each day of the show, she sat and crocheted within the exhibition, continuing to add to the pile of stones. Every day the exhibit and offering grew. Many of the pieces were actual stones, but the majority of the individual rocks were made of recycled materials, most sourced from The Resource Exchange. Much of the yarn as well as the stuffing, which is scrap fabric and foam, was purchased from the re as well. “Cakes” another project by Melissa were installed at The Philadelphia International Airport in 2013.  The cakes were stuffed with recycled fabric and foam from The Resource Exchange, and are created with yard rescued from thrift shops up and down the east coast. To see more of Melissa’s work, including yarnbombing at Mount Pleasant in Fairmount Park and in Westport, Connecticut throughout May and June, visit her online at melissamaddonnihaims.com.