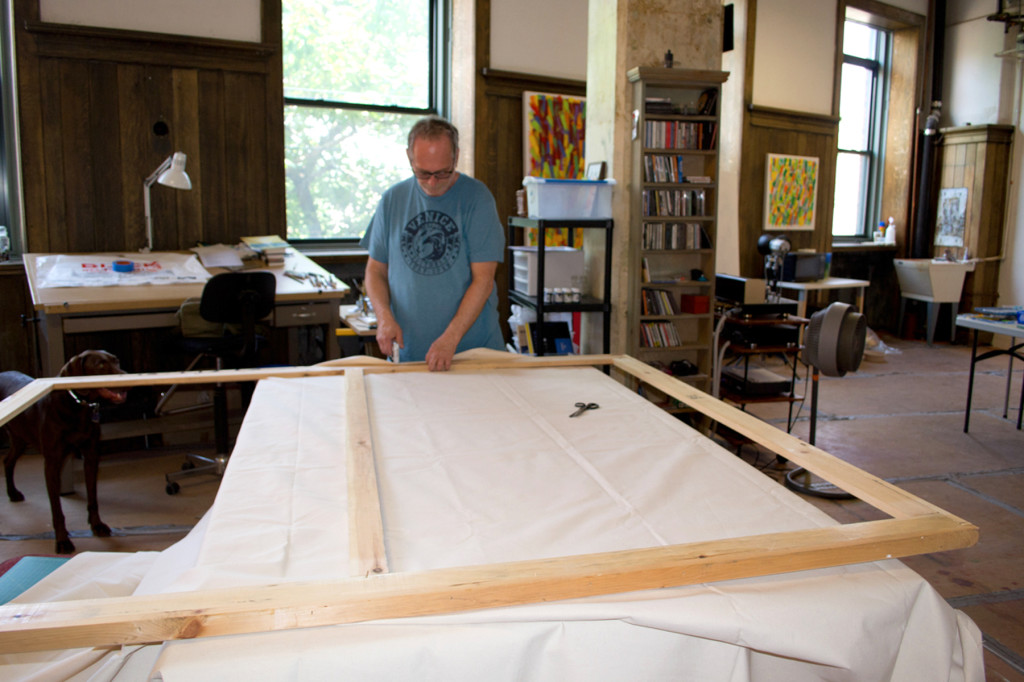 Victor Atkins is an artist and writer/director of films. Originally based in Brooklyn, New York, he now makes his home in the Kensington neighborhood of Philadelphia. His works have been exhibited in many galleries throughout the United States, and was primarily represented by The Louis K. Meisel Gallery in NYC. His paintings have also been exhibited in the Museum of Modern Art Lending Library in New York; the Aldrich Museum in Connecticut, the Allentown Museum in Pennsylvania, and the Fort Wayne Museum in Indiana. He has received the Illustrator Award from the Society of Illustrators for his work on Miles Davis LP cover “Miles in the Sky” and first prize in experimental video at Suffolk County Film Festival for “The Mirror Found, The Magnet Lost.” Victor has used a variety of reclaimed materials from The Resource Exchange, like vellum, wooden stretchers, and canvas that we saved from the art departments of various local films. Read about how he used re materials in his work “Hungry,” and “Ignited” on our blog.

“I just love this place. I do. For an artist it’s like being a kid in a candy store. We live in somewhat of a throw-away society, and for me to reuse things and feed my creativity through that is exciting. It feeds not only the artist, but also the public.” -Victor Atkins