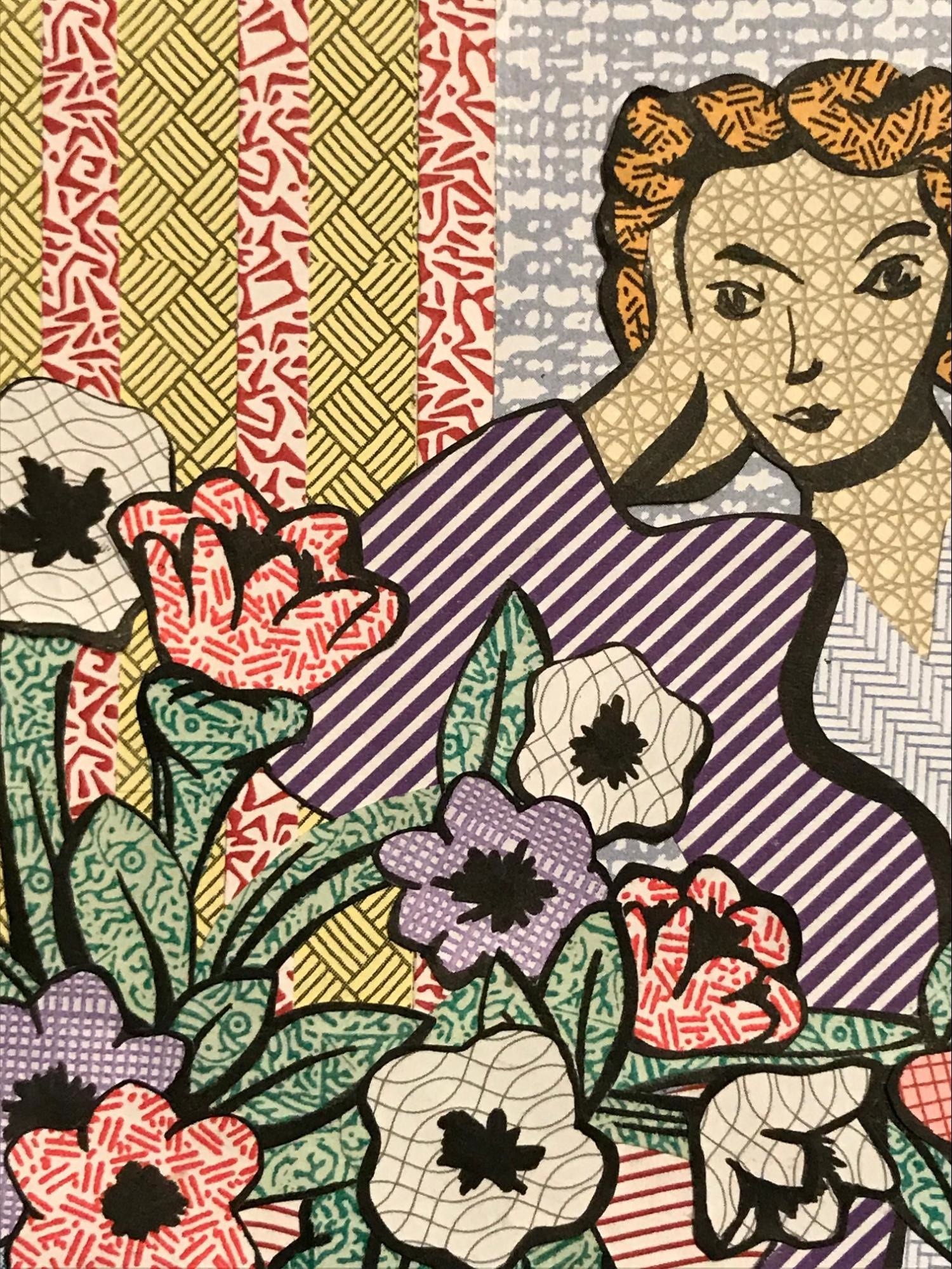 Reuse artist Christine Tischio was born and raised in central New Jersey. She attended Montclair State University where she graduated in 2008 with her Bachelor’s Degree in Art Education. Christine is a full time Art teacher at Clinton Elementary School in Maplewood, NJ. Over the last 5 years, she has developed a small business and has sold her artwork at local stores, markets and online under the name TurnstyleART. She has also had her artwork featured in a documentary film entitled, “REUSE! Documentary”, as well as in an article on HGTV.com and has appeared in an episode of HGTV’s Flea Market Flip television show.

In Christine’s reuse art she has explored woodburning, screenprinting, glass etching and collage. While she enjoys all forms of reuse, Christine’s true passion lies with her envelope collages. With the help of family, friends and coworkers, she has collected over 10,000 security envelopes and created over 200 collages. Subjects range from still lifes and sugar skulls, to cartoon characters and even recreations of famous paintings. While the subject is always changing, her method stays the same. Christine’s goal through these colorful collages is to help the viewer find beauty in the little things, things that go unnoticed, things we literally throw away every day, to transform the ordinary into the extraordinary.

“It wasn’t until I took a Sustainability class in college that I really understood the power of reuse. There is so much “stuff” out there, why buy something new, when you can reuse? I first noticed the unique patterns inside security envelopes when I received a letter from the DMV to renew my license. The blue tree bark-inspired pattern caught my eye and I hung on to it with plans to make something out of it. At school, my students used to have an Earth Parade to show off their finest hats and instruments made entirely out of recycled materials. I decided to turn that beautiful blue envelope into a flower, added a Starburst wrapper as the center and voila! A brand new hair clip for the parade!

Over the next couple of months I started to notice that different companies lined their envelopes with different patterns. Some used their logo, others their company name, and some just used line designs. After I built up a small collection, I decided to create my first ever envelope collage inspired by one of my favorite childhood stories Where The Wild Things Are. When I decided to share my upcycled piece and the process on social media, I was overwhelmed by the positive response I received and decided to make another collage, this time finished in a thrifted antique brass frame. Over the last 5 years I’ve been able to save over 10,000 envelopes and 100+ frames from being thrown in the landfill. It has become my artistic mission to transform the ordinary into the extraordinary, reusing materials whenever I can!”

See more of Christine’s work on her Instagram @turnstyleart