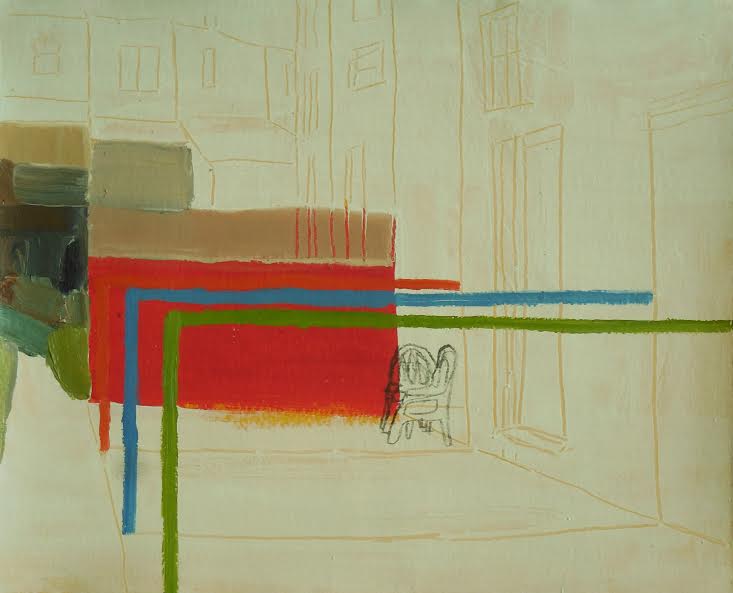 My work is derived directly from my surroundings and daily experience. Being outside is my inspiration. I paint images of places that have an intriguing space, one that has a specific physical feeling and visual effect that captivates me. The painting then becomes about color relationships and how to use them in order to create a similar spatial feeling. The place acts as a very important and personal starting point in what develops into a design emphasizing color and space.  The design reflects an appreciation for formal issues. The landscape and its elements remain essential, for painting the local scene allows me to interact further with and understand better my environment, where I live.

Michael Secor grew up in Morehead, Kentucky at age 3. He grew up there, spending a lot of time playing sports and other outdoor activities with the other boys in the neighborhood. He studied art and French at Centre College in Danville, Kentucky, graduating with a B.A. in painting in May 2006. Between undergraduate school and graduate school at Louisiana State University he spent ten months teaching English in two elementary schools in Dijon, France, time back at home in Kentucky, and seven months living in Denver, Colorado. Seeing different cultures and locations has played an important role in his viewing of the world. He relates strongly to place and his surroundings. He studied painting at L.S.U. for three years from fall of 2009 to spring of 2012. He now resides close by on East Letterly Street with his wife and two cats. He works at Metropolitan Bakery. When not working he is either painting, running, biking, building functional and sculptural things with wood, or going down the street for a beer or coffee.

visit Michael’s website to see more of his work.